Joanne Farchakh Bajjaly is an archaeologist and journalist who has worked from 1998 till 2013 in Lebanon, Syria, and Iraq documenting discoveries and destruction of heritage in the Middle East. She wrote in several Lebanese newspapers and co-edited with Professor Peter Stone the book "The Destruction of Cultural Heritage in Iraq" winner in 2011 James R. Wiseman Book Award.  After witnessing the loss of heritage, she decided to start "working" on the topic. In 2005, she founded Biladi, an NGO dedicated to promote and safeguard heritage through training for professionals and education activities. In 2015; she collaborated with colleagues to initiate the Lebanese Committee of the Blue Shield, and launched with the Blue Shield International several training programs for the UNIFIL forces in South Lebanon; and professionals at the Antiquities Department. After the Beirut Blast on the 4th of August, she was coordinating the mission to safeguard destroyed heritage in collaboration with the Lebanese Army and UNIFIL and the Directorate General of Antiquities (DGA). 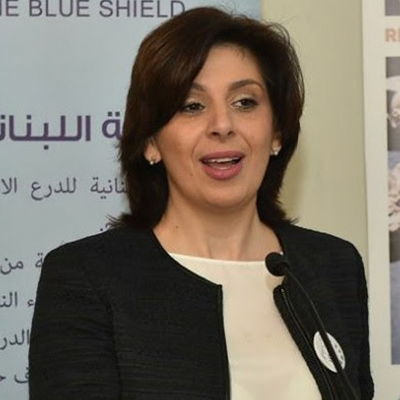