As the Managing Director of Global Learning, the Middle East leader in eLearning Solutions, he has played a key role in shaping the face of virtual education as we know it today in the Middle East. He started his career as a project engineer at Hyundai Engineering and Construction for few years, and then as a research engineer in Robotics and AI at Denso, Toyota Group in Japan, for 5 years. Over the past 20 years, he launched several startup companies in the MENA region, specialized in technology, AI and learning. He managed several innovative large-scale projects related to digital transformation of educational institutions, applying his expertise in AI, management, academia, and automation. He has a vast and diverse academic experience, at leading universities in Japan, US, UK, and the Middle East, including: chairman of the IT department at the American University in Dubai (1998), founding provost of the first accredited virtual university in the Arab world (Syrian Virtual University, 2002), and founder of the first accredited blended learning academy in the Arab World (Jordan Online Academy, Al-Balqaa Applied University, 2007). He played a major role in producing a new global index for critical thinking skills’ measurement and development, in partnership with Cambridge University in UK (2016).

As an International figure in the areas of AI, robotics and automation, digital transformation, knowledge economy, and technology-enabled learning, and a founding member of various international organizations (ex: MIT-LINC, NAISO, FIRA, etc.), he invented new models of private-public partnership, as well as innovative, adaptive, and smart automation and educational solutions in the Middle East, US and UK. He served as the president of the Middle East eLearning Association in 2013-2015.

He obtained his Bachelor and Master’s degrees in electrical engineering from the American University of Beirut (1991 and 1994), and his Doctorate degree in systems engineering, specializing in AI, robotics and automation, from Nagoya Institute of Technology in Japan (1998). 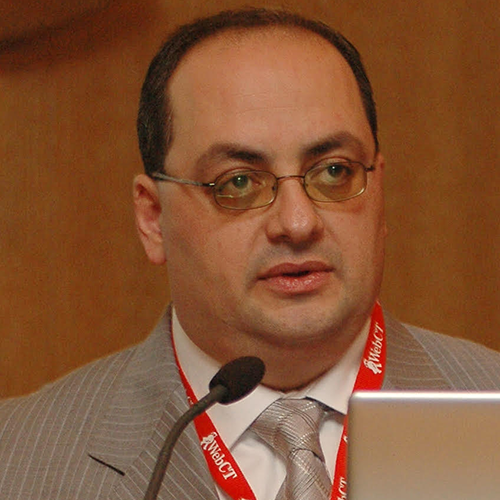